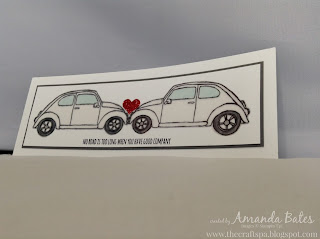 Just realised I haven't yet shared my Quarterly Team Training swap card... perfect for Valentine's Day... or just because!

So without further ado... here it is... and please feel free read on to the end for the long story behind these! 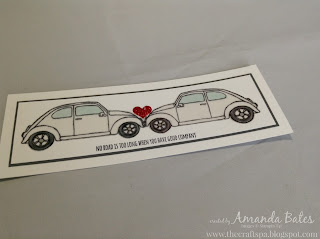 But to be brief... I call this my Kissing Beetles- or Beetles have feelings too- card...

So before I start rambling with the full story... A quick photo tutorial of how to get the Beetle mirrored image..

1. Ink up and stamp  Beetles on vellum using black Staz On 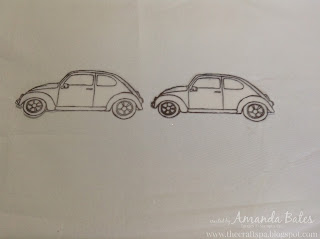 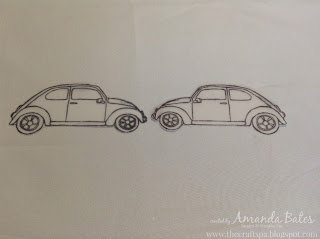 Note that you could just do one Beetle on vellum, cut out and flip... but they "match" better if you want them both clean/white in style! A Beetle stamped straight onto the white card panel does look different..

And if you want to colour in...

1. Flip both over so you are looking at the reverse of the images 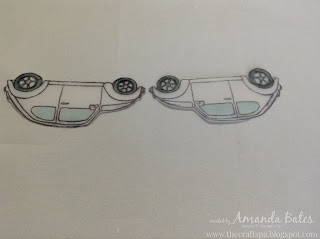 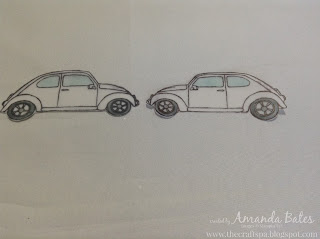 Note that you can colour in on the front of the image... but it is quicker and neater to do on the reverse..

The idea for the kissing Beetles is triggered from the Mini advert from way back when... remember the strap line... "Minis have feelings too"... For those of you feeling nostalgic... or curious... I quickly found the Christmas advert on You Tube by Googling "Kissing Minis"

Why do I remember this so well!

I used to be a Austin Rover sponsored student and work down in Northfield, Birmingham at the time... where they made the Mini cars...

I met my (now) husband back in those days... as he worked there too... and one of his first jobs... was to go and get a pair of shiny chrome spare bumpers from the production liner for the filming of the advert!

And the second side of the story... well where do I begin...

VW Beetles mean a lot in my family!

My first car... a silver one... nicknamed Chuggle Bug!

The only car my father could draw... and he did very good job of it too...

We used to play spot (and count) the Beetle on the drive to school and back everyday... usually getting well over 20s in the count! How times have changed...

My brother (and usually father too!) was constantly in the garage fiddling with something in or under a Beetle!

I used to get messages under the windscreen wiper everytime I borrowed my brother's Beetle... everyone wanted to buy it!

My brother's souped up Beetle won competitions... yes it looked cool! And it was white!

But... my husband HATES VW Beetles!

So be warned.. over the next few months I will make lots of Beautiful Ride Beetle projects!!! Call them close to my heart..

I even have a plan/wish to make 50 projects and ship over to my brother for a surprise for his 50th birthday in September!!! Though if anyone would like to donate any Beetle projects to this cause... I would be forever in your debt!!

Amanda Bates at The Craft Spa

I hope that you enjoyed this project.

Please use the current Stampin Rewards Host Code (shown at the top right hand side of this blog) when ordering through my on-line store to earn yourself an extra gift for SU! orders over £20 (excluding P&P)

Though if your SU! order is over £150 - then please don't use this code! Please claim your own Stampin' Rewards instead... You will still get a gift from me...!

Any such gifts are from me personally and will be posted separately to your Stampin' Up! order... so PLEASE do NOT select NO CONTACT when checking out... as I then do not know who - or where- you are ... 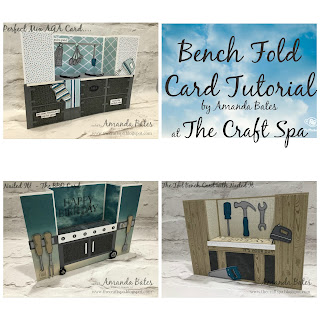 STORAGE by Stampin' Up!